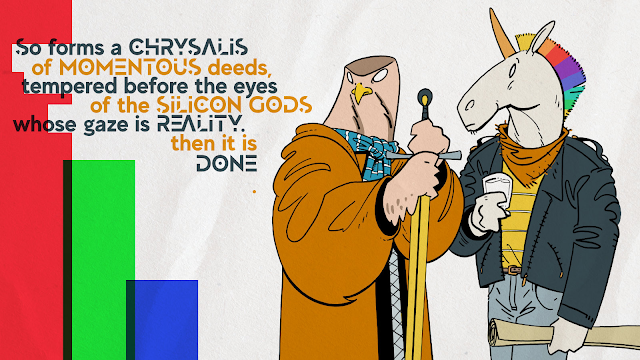 I'm joining Luka as a co-designer of SEACAT!

That's already quite exciting, but what is also awesome is I will be building an official digital SRD/companion app for the game, currently titled SRDCAT.

One of the things that drew me to Luka's design was the way it naturally lent itself towards being translated into digital tools. It's the realization that led to the creation of the UVG Digital Referee Screen, and now it's leading to the creation of SRDCAT.

SEACAT, like UVG, is packed to the brim with all sorts of interesting things. At the current moment, there are 100 skills, 100 traits, ~60 mutations, ~100 items, and ~50 spells, and Luka is creating even more as we speak. The design question I hope to help solve is: How can we refine a gameplay process that can support such a vast and interesting breadth of content, while still remaining simple and easy to play? I do believe we move closer and closer to the answer, but that will be for another blogpost!

It's going to be a fascinating and rewarding process to advance both physical and digital design together, because I think both mediums can inform and guide each other's design. A lot of what makes for elegant gameplay also makes for efficient code, and vice versa. I believe this can result in a digital SRD that really fits the game it was made for, and that allows for exploring new horizons of gameplay and content creation further down the line.

I have also found that Luka is just overall an excellent person to collaborate with, and so I'm very excited for this and for future collaborations!

(Look out for future posts on the design process!)

And for the gorgeous ARC TTRPG no less! 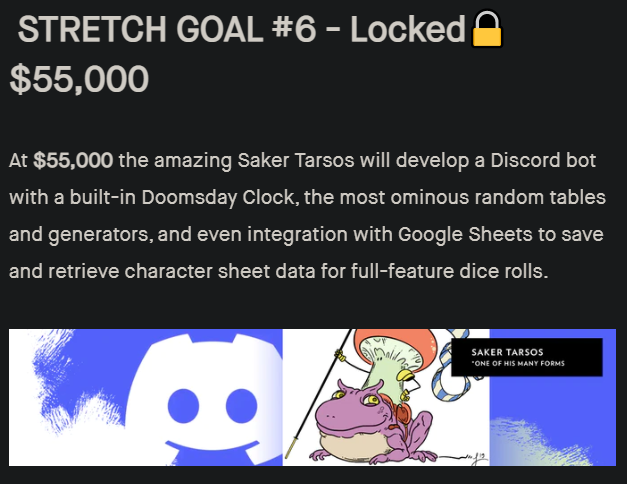 At the time of writing, we are $877 away from reaching the goal!

-Players will be able to create their own Doomsday Clock in discord through a command.
-ARC bot can randomly generate the nature of the doom and the omens if players wish.
-Players can set the time interval between each advance.
-When the command is complete, a timer will start. Every interval, ARC bot will post a message, either in DMs or in a channel of the player's choosing, indicating that an interval has passed.
-Players will have the ability to pause, delete, advance, or roll back the timer.

-Players will be able to look up creatures, items, and spells included in ARC through a command.
-(The ARC SRD is currently under construction)

One of the things that I am most excited about regarding ARC is the way Momatoes has crafted it to be a fun and welcoming experience for folks who are new to the hobby. The Guide Toolkit in the ARC Quickstart is an example of how supportive the game can be to both players and Guides. It's my hope that ARC bot can add to this by making the process of playing the game digitally even more streamlined than it already is. I think this could help, especially in cases where players cannot meet in person.
Posted by Saker Tarsos at 4:54 PM 2 comments: